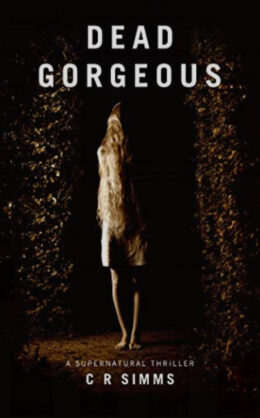 Mandy Cost is a stunning young woman who has come to London for one thing: fame.

To catch the eye of the paparazzi, she pays a salon to fit her with the longest, palest hair extensions they can find.

Men, money and media adoration are soon hers.

Although Mandy knows the very best extensions are fashioned from human hair, she’s blissfully unaware where hers came from. Worse, she has no idea a woman died while trying to stop the thing she held most precious from being taken.

Soon, everyone connected to the woman’s brutal murder finds themselves entangled in a world of terror.

He turned his attention to the night club’s entrance. It was owned by an ex-member of the England football team who obviously had a very good address book: practically the entire squad had turned up for the opening night party. Them, their wives and girlfriends: the web would be awash with images by the time next morning’s commuters started checking their smart phones. Joe checked his watch.
Two in the morning. The night editors would be expecting something soon for the online editions. Sure enough, the security staff beneath the entrance canopy began to move aside as a couple emerged. Joe pressed against the waist-high barrier. The flash and whir of cameras filled the air.
‘Looking lovely tonight Mrs Coe!’
‘Over here, love. Quick smile!’
‘Mark – you and your wife – let’s see a kiss!’
Joe recognised him as a midfielder. The wife had been a singer in a girl band, but that was years back. C listers, at best. They did the obligatory pause, him with an arm loosely around her waist, she with her hair flung back and a sultry look on her face. He fired off a few shots before they vanished into the first of the waiting courtesy cars, their brief taste of fame over for the night.
The usual procession then followed: footballers, soap star actors, a couple of TV chefs, a sprinkling of model types, a comedian turned chat-show host. Joe’s camera clicked away with all the rest.
At two-forty, Mandy stepped out. Joe found himself thinking it again: her new look was a stroke of genius. Immediately, the photographers’ calls picked up a level. She had on a black satin dress, sleeveless with a slit running to the top of her right thigh. The front collapsed in rippling folds, low enough so her tits were nearly falling out.
But it was her hair that did it. That was what set her apart from all the women.
She’d had it looped in coils that teetered on top of her head. A collection of thinner strands hung loose, and all of it seemed to shimmer in the camera flashes, the near-whiteness of it like something from another world. An exotic life-form that somehow was, and wasn’t, part of her.
The photographer by his side spoke with a thick voice. ‘Imagine reaching up and freeing that lot. Feeling it thumping down on your naked chest.’
The comment caused a flash of realisation in Joe’s head: she’d done it. She was a living, walking, sex fantasy. And now she’d be worth a fortune.
Mandy soaked it up for a few seconds, her eyes searching about. She spotted Joe and an eyebrow lifted a fraction. Then she spoke into a security guard’s ear. Almost reverently, he ushered her towards the open doors of the nearest car.
A new couple appeared beneath the canopy and the camera lenses swung in their direction. Minutes later, Joe felt his phone start to vibrate. He whipped it out: Mandy. Still taking shots, he pressed the mobile to his ear. ‘You made the rest look like sacks of shit.’
‘Really? Do you think?’
But from the breathless excitement in her voice, he knew she was aware of it, too.
‘And coming out on your own like that? Very very clever.’
She said something else.
‘You’ll have to speak up, it’s all going off back here.’
‘Can you take a look around?’ she said more loudly.
‘How do you mean?’
‘Just, I don’t know, check the street.’
‘For what?’
‘Anyone kind of unusual.’
‘Unusual? I don’t get you.’
‘A woman. See if you can spot a woman on her own. I think I might be being stalked.’
‘What kind of a woman?’
‘Like a bag lady woman. Homeless or something. I’ve spotted her a few times now.’
Not wanting to lose his position, Joe quickly looked about. ‘Can’t see anyone – apart from us lot. What does she look like?’
‘I don’t know. I’ve only glimpsed her. But I think she’s bald. Chemotherapy or something. Probably after money for her treatment.’

My mum’s responsible for this one. What was it Larkin said about parents?!? The memory is faint: fancy dress for a school fete, me insisting on going as Rumpelstiltskin. Mum sorted out the costume OK, but what about a beard? She had the bright idea of making me wear a hair-piece. It had been created from a long section of her own hair she’d had removed many years before. After rummaging around in the attic, she eventually found it. I can still remember its dusty smell. The feel of it against my lower face, strands of it sticking to my lips and getting in my mouth…

Nowadays – with extensions so fashionable – people are prepared to pay a lot of money for someone else’s hair. As with so many luxury products, all those eager buyers rarely question how the product was originally obtained. They might know the price, but do they appreciate the cost?

Emily's dad is troubled: his young daughter sees people no one else can. But what happens beside a quiet reservoir on a sunny afternoon takes things into far more disturbing territory...

Sing Me To Sleep
A contemporary ghost story

Laura and Owen buy a secluded cottage. Old mines riddle the hills surrounding their new home and, soon after moving in, Laura starts to hear faint snatches of birdsong.

For their honeymoon Sarah and Andy have booked into a pretty farmhouse. But the property has a sinister history.