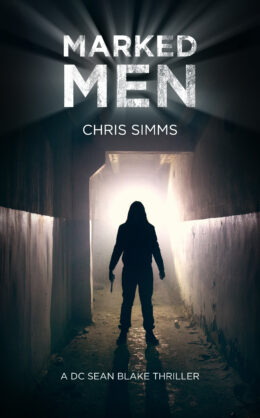 After a corpse is found in a Manchester canal, encased in a sleeping bag and weighed down by bricks, DC Sean Blake’s investigation has hardly begun before another body with links to it is discovered . . . also drowned. A mysterious figure seen asking questions about the victims becomes the prime suspect. But as Blake delves into the shady pasts of those killed, he finds connections to friends still living – including a crime lord of the city.

The sheer sides of the drained lock made an oblong of the morning’s grey sky. It was like peering up from the bottom of a grave. Droplets of water pattered all about, echoes making their impacts sound more substantial than they really were. Like the beginnings of a deluge about to burst through the closed gates at his back.

Beside him, the man in waders and a fluorescent jacket spoke up. ‘Things people chuck in. Shocking.’

‘How often do you drain the water out to do this?’ DS Magda Dragomir asked, hard hat tipped back on her head to release her eyes from its shadow.

‘Every year. Otherwise, we run the risk of items lodging in the lock mechanisms. Or damaging the underside of boats passing through. Plus, it’s not good for the environment. Fish and that.’

Jutting from the expanse of mud before them was an array of dirt-smeared objects. Half-bricks, upturned chairs, broken umbrellas. Countless bottles, cans and glasses. Further off, a mountain bike minus its front wheel. A woman’s stiletto shoe. Two traffic cones.

‘Three hundred grand, that’s the annual clean-up bill for the network. Never found a body before, though.’

Sean lifted his gaze to the white tent at the far end of the lock. It was at an angle, one corner leg too high. The straps of the waders he’d been handed before climbing down the ladder weighed heavy on his shoulders. Rubber gloves encased his forearms. A fluorescent bib. He adjusted his hard hat, picturing his wavy mass of thick black hair trapped beneath it. When he took the thing off, it would spring out in all directions. Jack-in-a-box style. ‘We’d better take a look.’

‘Some of this mud can go up to your thighs,’ the council worker said. ‘Avoid the pools of water and you’ll be all right.’

I love those stories which take a cast of characters and then delve far back into their pasts to, eventually, reveal the source of their present-day issues. Many romance or drama writers use this approach for their plots. You know the ones: a bunch of attractive thirty-somethings gather in a stunning seaside cottage for a long-overdue school reunion. Rest assured, though, this is a Chris Simms novel: nothing cute or cosy here!

In Marked Men, the group of characters formed a childhood gang while at school, but then gradually drifted apart. We join them in the here and now – each having ended up in a very different walk of life: one is homeless and addicted to drugs, one works as a park keeper for the council, one owns a window-cleaning company, one runs a second-hand car showroom, and one has risen to be a crime boss of Manchester.

And, one by one, they start to die. But what they’re hiding means the last people they want help from is the police.

“Fans of gritty police procedurals will be rewarded.”

“Blake is a cop whom readers will root for.”

“A warts-and-all view of Greater Manchester’s finest and an ending guaranteed to surprise.”

“Always a pleasure to read! I read one then had to get everything else he'd written! He's that good!”

“Another brilliant read from Chris Simms - brilliant twist at the end.”

“First class. I shall be buying the first in the series and adding Chris Simms to the list of my favourite authors.”

“What a cracker of a follow on to Loose Tongues, even better than the first in my opinion!!”

His first week as a police constable, and Sean Blake is thrown into the hunt for a truly depraved killer.