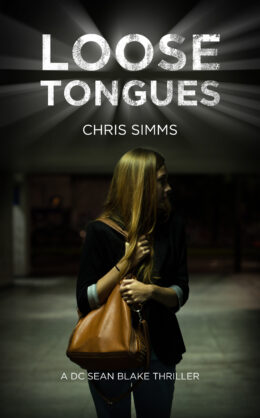 A series of chilling murders has left Manchester in a state of terror. Women are being found dead in their homes; their bodies arranged in the same macabre pose. Each has been strangled, her mobile phone forced down her throat.

How is the killer getting into each victim’s house? What have they done to become a target? Why have none put up a fight?

Fresh-faced and full of enthusiasm, newly qualified Detective Constable Sean Blake has just landed a position on the investigating team. Desperate to prove himself, Sean realises that, if he is to catch the killer, he’s going to have to think outside the box. But is he prepared for the vengeful wrath of a truly twisted mind …

The rear of Cahill’s property ended at a five-foot-high wooden fence. Fuller peered over it then sank back down out of sight. ‘All the curtains upstairs are drawn. Bloke’s about to get the mother of all wake-up calls.’ He tried the back gate and found it wasn’t locked. ‘Result. We’ll get closer. If he does exit the property, we can bring him down before he takes a step.’

Before leaving the station, they’d all changed into casual clothes and trainers. Sean’s stab-proof vest was digging into his armpits. He sank to his haunches and tugged at its lower edge. Beside him, Mark Wheeler moved an extendable baton from hand to hand. Finally, Sean thought, a trace of nerves. Just a trace, but enough to prove he’s human.

DS Fuller checked his watch. ‘Right, thirty-six seconds and the front goes in. We’ll hear a load of shouting as the TAU pile up the stairs. Let’s get in position.’

As he slipped through the half-open gate, the first thing Sean noticed was a children’s trampoline. Way too big for the garden, it was practically touching the back of the modest property. In the other corner was a small conservatory, double doors that, when open, would give access to a cramped patio. Empty beer bottles and cans floated in the tray of a rusty barbecue.

Moving quickly, they approached the house and pressed themselves against the rear wall, out of sight of anyone peering from a first-floor window. DS Fuller gave a thumbs up, then mouthed he was checking the side of the property for any door there. He skirted carefully round the trampoline and disappeared from sight.

Sean frowned. What was a trampoline doing in the garden? In the briefing at the end of the road, he was sure it had been stated Cahill lived alone. There were no kids in—

A massive bang sent a tremor through the bricks behind him. Another. The TAU had started swinging their Enforcer against the front door. Must have extra locks on it, thought Sean, looking up to see a bedroom window had swung open. A pair of bare feet then lower legs, calf muscles stained by tattoos, appeared.

Another bang, this one accompanied by the sound of splintering wood.

Above him he could now see muscular thighs, then black boxer shorts with the words Calvin Klein repeating round the waistband. From inside the house, a chorus of shouts.

The muffled thud of boots going up the stairs. Sean looked down; the trampoline was directly beneath the window. Cahill’s legs were now fully out. His lower back appeared as he started sliding himself across the windowsill.

‘He’s going to jump down!’ Sean yelled, trying to drag the trampoline away from the house. But the metal frame’s lower edge came up against the patio. The trampoline abruptly halted, and Sean fell back into a sitting position. Next to him, Mark Wheeler was fumbling with the release mechanism of his baton.

Now hanging by just the fingertips of one hand, Cahill twisted and dropped, knees flexing as he made contact with the elasticated surface. The next thing he was launched forward, directly at Mark. The two men went down, arms and legs intertwined. Cahill’s right elbow came back and he started peppering Mark’s neck with pathetic little rabbit punches.

Sean scrambled on to all fours, ready to dive at Cahill. Each time the man’s elbow came back, an arc of blood followed it. Was there a weapon in Cahill’s fist?

Mark’s arms fell away, allowing Cahill to raise himself to his knees. His head swivelled. Flecks of red covered his face and neck and the whites of his eyes seemed too bright. Time seemed to slow down as Sean stared back. From Mark’s mouth came the sound of a bath draining dry.

The idea for Loose Tongues came about while travelling on public transport. I much prefer taking the bus or train to driving – partly because it gives me a chance to read, partly because it gives me the chance to just stare out the window and let my mind wander. (In fact, the idea for the fourth DI Spicer novel, Hell’s Fire, popped into my head while on a train – but that’s, literally, a different story.)

Anyway, I’m not the only person who gets irritated by people on their phones, loudly conducting a conversation which every other passenger must endure. Quiet carriages on intercity trains are, in my opinion, a stroke of genius. It was while ‘involuntarily eavesdropping’ on such conversations that I began to realise the shocking amount of information people unwittingly give away – especially if they’re dealing with the likes of energy providers, travel agents, phone operators or other similar companies.

The germ of an idea seeded itself in my mind. I then had to construct a cunning and pitiless killer who picks out his next victim through the details he gleans while travelling around Manchester by bus, train and tram…

“Lock the doors and windows and ensure your mobile phone is switched off when you crack the spine of this dark thriller.”

“Followers of British procedurals will welcome this appealing new protagonist to the genre.”

“A routine setup distinguished by Simms’ skill at ratcheting the tension.”

“Couldn't put this book down, another brilliant read - love this author.”

“An excellent and page clicking thriller from Chris Simms that kept me entertained throughout.”

“So glad I found this author - now to download the next in the series!!”

After a corpse is found in a Manchester canal, encased in a sleeping bag and weighed down by bricks, DC Blake’s investigation has hardly begun before another body is discovered.